How San Diego is Saving Water during the Drought

Last week the San Diego community received the 2014 Annual Drinking Water Quality Report handbook. In it contains information about where the city’s water is sourced from, how the water treatment process works, how the city is diversifying our water, and how the city is moving towards more sustainable practices.

By 2035, the city of San Diego plans to have 1/3 of its drinking water supplied through a program that purifies recycled water. It is planned to produce about 15 million gallons of water for the city each day. The technology used to do so requires membrane filtration, reverse osmosis, advanced oxidation with ultraviolet light, and hydrogen peroxide. The city tested this method through a one-year project using 9,000 water quality tests and daily monitoring to ensure that no contaminants were present in the recycled water. The California Department of Public Health and San Diego Regional Water Quality Control Board approved the recycled water purifying process as it met all federal and state drinking water standards.

San Diego is also exploring ways to use groundwater basins to provide water storage, capture rainwater for recycling purposes, and implement an ocean desalination plant to produce desalinated water for use throughout San Diego County.

The 2014 Water Quality Report also states that the city has been mandated to reduce its water use by 16% as a whole. They are asking residents and businesses to identify where they can most save water and give tips on the best ways to do so. Some of these include: only watering your lawn two times per week, putting low-flow heads on your faucets and showerheads, and evaluating your pipes for possible water leaks. They are also urging residents to use the City’s Public Utilities Department website, wastenowater.org, for water-saving resource guides.

Are you wasting water throughout your home? Filtercon Technologies is a full-line water treatment company. They have whole-house water filters that don’t waste water, save you money, and keep you healthy! They are one of the most trusted water filtration systems in the state, and work mostly by referral. Check out their site, http://www.filtercon.com. Or call for more information at 800-550-1995.

The headline of the Union Tribune San Diego on Wednesday read “Sweeping Water Cuts Ok’d,” meaning that, “for the first time in the state’s history, [the] board imposes mandatory conservation rules amid drought.” The rest of the article reads…

“HIGHER WATER RATES: The state’s required cuts in water use will result in an estimated loss of more than $500 million in sales by water agencies. The water districts are expected to make that up by raising rates on customers.”

“REDUCTION TARGETS: Water agencies must cut back by 8 percent to 36 percent, with agencies that had the lowest per capita water use facing the smallest percentage reductions and those using the most water having the biggest cuts.”

“PENALTIES: Water districts could be fined $10,000 per day if they don’t meet the mandated targets, but the state is stressing conservation over fines. Gov. Jerry Brown also recently suggested $10,000 fines for the worst water wasters.”

“In a sweeping action that could lead to the browning of lawns and shorter showers across California, state regulators approved mandatory water cuts Tuesday of up to 36 percent for cities and towns in the drought-ridden state. The 5-0 vote by the State Water Resources Control Board follows Gov. Jerry Brown’s unprecedented order last month that the state reduce its overall water usage by 25 percent. The vote followed a report on meager water savings in March by California’s cities and towns — 3.6 percent statewide compared with two years ago — despite more than a year of dire warnings by Brown and others about the shrinking supply. Along with imposing water cuts, the board prohibited the use of potable water on public street medians. It also banned using drinking water outside newly constructed homes and buildings, unless delivered by drip or microspray irrigation. The package of restrictions is expected to go into effect May 15 and last until February. Officials said the conservation mandates could get tougher next year depending on how long the drought persists. “This is the best we can do in the short run,” said Felicia Marcus, the water board’s chair. “The whole point of this is dealing with an unprecedented emergency.” It’s expected that water districts will increase customer rates to make up for more than $500 million in estimated lost revenue because of reduced water sales. The state left it to the districts to figure out how to conserve. Agencies that don’t meet the state mandates face the prospect of $10,000-per-day fines, though the state panel has emphasized its goal is conservation, not fines. The mandatory cuts range from 8 percent for water districts with the smallest per capita water usage to 36 percent for those with the highest, including in Rancho Santa Fe, Fallbrook, Olivenhain and Valley Center. The city of San Diego’s Water Department faces a 16 percent reduction.”

If you want to help out your family, California, and our world, let’s work together to save water. Filtercon family water filtration systems can help you do just that because they don’t waste water. Trade in your old fashioned water softener that uses salt and wastes water for our modern technology. If you need a water filter for your whole house or just a filtered water bottle that eliminates bacteria and viruses, Filtercon has just that. Check out our video below, website at http://www.filtercon.com, or call our toll-free number (1-800-550-1995) to get more information about your clean water system. 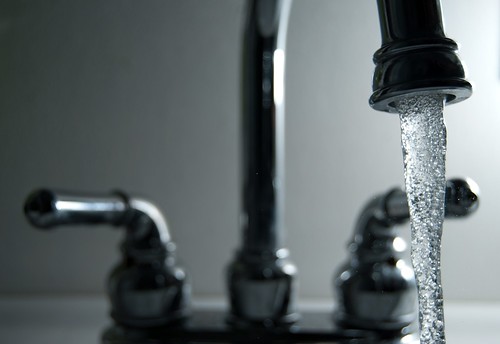